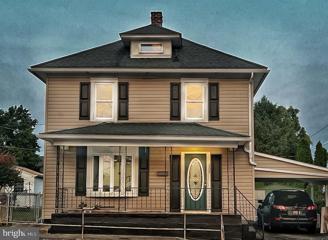 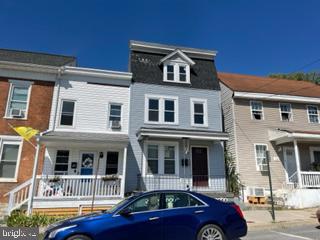 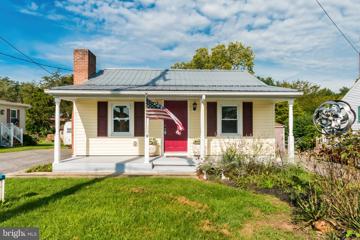 REDUCED $10,000.! Picture perfect cottage in a rural setting yet close to all amenities! Not in city limits, no restrictions. Fresh paint throughout, brand-new smart appliances. HVAC system only two years old. Cable and internet ready. Granite counters and some hardwood flooring. Septic pumped prior to listing. Separate detached garage and a cellar for extra storage. Owner maintained raised bed vegetable gardens and chickens on this tucked away property. Also features a small barn and rain barrel. Backs up to farmland. Create your mini-farm here! 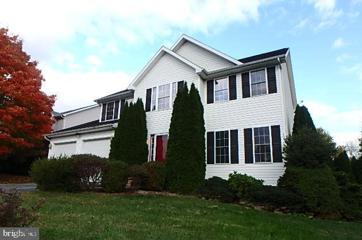 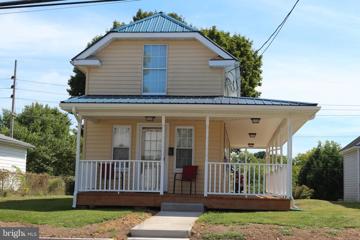 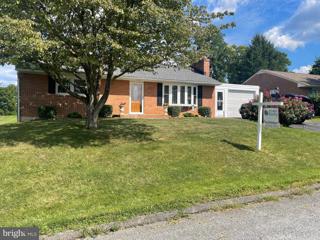 Motivated Seller. OPEN HOUSE: Sun 09/25/2022, 100-300pm, come take your tour! Beautiful home for sale in established development in quaint Williamsport, MD, immediately off Interstate 81. Less than 2 mi to C&O Canal, on the Potomac River. Numerous quality updates in the last 5 yrs. include a new roof, furnace, oil tank, windows and doors, finished basement with additional bathroom, updated main floor bathroom, and more! @2,000 finished sq ft, in this solid brick rancher, with an attached garage, on a large lot, that backs to 4 Star Athletic Complex. Convenient living with 3 bedrooms, main bathroom, living room, and kitchen on the main floor. (third bedroom currently used as a dining room). The ample sized kitchen can accommodate a 6 top table. Finished basement and second bathroom increases the living space, and offers so many possibilities; man cave, in law-suite, entertaining, etc. Additional rooms include the laundry/utility room, and many areas for storage. The garage is presently used as a repair shop. It's many windows would lend to a Sunroom conversion. The rear patio and tranquil back yard are sure to be a place where memories are made. (Sale is dependent on Owner finding his next home.) Plus schools are basically across the street. It's all here, don't wait, schedule you're showing! Seller is offering a 1 yr Home Warranty to the Buyer. 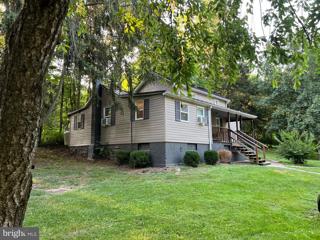 If you want country living is a quiet area and an awesome big private yard, this is it. Not huge but lots of charm. Upper level Bedroom is large a spacious. The workshop is a big plus with a wood stove and electricity. The home has all you need with lots of counter space, dining area, living room, laundry room and extra storage room that could be a second entrance. If this is what you're looking for don't wait to see it. Affordable and in a great location. 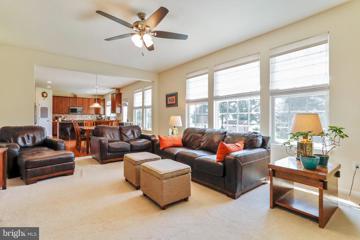 NEW PRICE!!! Located in the sought-after Elmwood Farm subdivision, this 4 bedroom 2 1/2 bathroom home is a Must See! Spacious and well-maintained, this home features gorgeous kitchen with separate formal dining room, 2 living areas, full unfinished basement with unlimited potential! The large master bedroom has a walk-in closet and adjoining bathroom with separate soaking tub and shower and double vanities. This home is Move-In Ready! Schedule your tour!!! 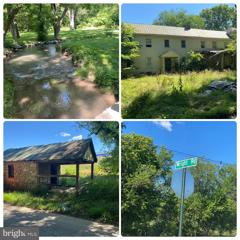 Business and residential opportunities are endless for this Commercial/Industrial zoned prime property located in amazing Williamsport. 9 private acres with an existing 3944 sq ft, 2-unit home, built in 1850. Land is currently zoned Commercial but as an added bonus, due to existing 2-unit home, you can choose to restore and turn property into 2 separate income producing rental properties OR turn land into a business of your choice. A lot of flexibility for this unique property. Property is sold strictly AS-IS. Wright Road divides the property into two distinct parcels - one with the existing residential property and the other with acreage of deep forestation with a stream. A hunter's paradise as it is deep, private, and has a creek. Strategically located between I-81, I-70 and Rt 63. Well and Septic previously existed. Connecting to city water and sewer is possible. Contact agent to discuss future private driveway and how the new road will improve this property. Excellent investment opportunity for the right buyer! Close to Conococheague Creek, C&O Canal, historic parks, schools, shopping, dining and more!

Very nice all brick ranch style home in Williamsport. This home offers 3 bedrooms, 2 full bathrooms, living room, gas fireplace, large kitchen, full unfinished basement with walkout stairs and a floored walkup attic. Other nice features include the one car garage, rear stone patio, private yard and storage barn. This home has many newer items to include a Well pump, Holding Tank, Water heater, sump pump, gutters and lots of fresh painting and flooring, replacement windows and some updated electric. Plenty of parking in front of the house, driveway and the garage. You can also access the rear yard with a vehicle from on left side of the house. Nice location with being close to river, shopping, schools and interstate. 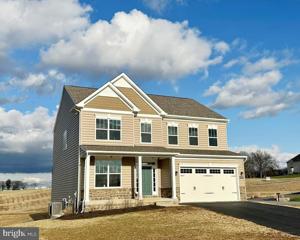 Anticipated December completion! Ever popular Rutledge home on the last lot in Elmwood Farm's phase 3. Over 2500 sq ft all over an unfinished basement that walks out. 4 large bedrooms and 2.5 baths. Open floorplan on the first level with extended kitchen that features an attached morning room with views of the historic Elmwood Farm. First floor study or den at entry of home. New plan with using every bit of space in mind. 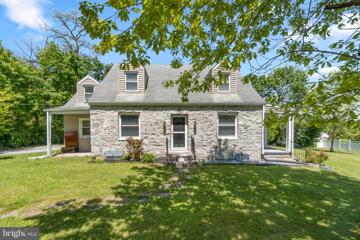 Great deal: Seller is offering 3% towards closing cost! Welcome to your house and perfect back yard! Recently fully updated single family house is beautiful inside and out. The house features 3 bedrooms, a bonus room, and a full bath on the upper level. The spacious main level offers gorgeous kitchen with NEW stainless steel appliances and granite countertops, spacious formal dining room with exorbitant light fixture, family room, living room with cozy fireplace, a hallway, and a half bath. The basement has tons of potential to be finished into additional living space with bathroom rough in and an outside access. Spacious charming side porch is a perfect place to spend time during warmer months gazing over your huge side& back yard tastefully upkept with maturing pear, peach, cherry and plum trees. Also conveys with the property oversized shed for all your storage needs, 2 car carport, and plenty of parking. The property is located minutes away from all the necessary amenities and shopping centers. Don't miss your chance to own this great home, schedule your tour today! 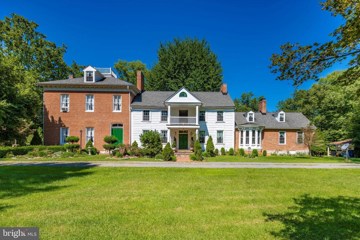 How may I help you?

Get property information, schedule a showing or find an agent